Modern Pop meets ancestral japanese Yokai. Pop Kai is the conjunction that there is born of juxtapose the Japanese ancestral folklore called Yokai, and the universe of oriental modern Pop. The project shows a reinterpretation of these mythological deities; monsters and spirits, which it’s own origin, was a metaphor that showed the neurotic aspects of its times. By the other hand, the oriental Pop culture and the Kawaii style, which is just another face of the modernity and the influence of a controlled consumption society.
Pop-Kai is a digital art exploration, but it is thought as installation, set of costume designs, planned for a photography session. 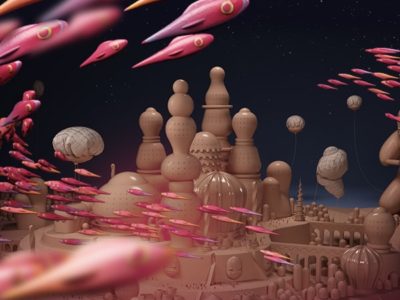 Next Project (n) The amazing city made by the Mask